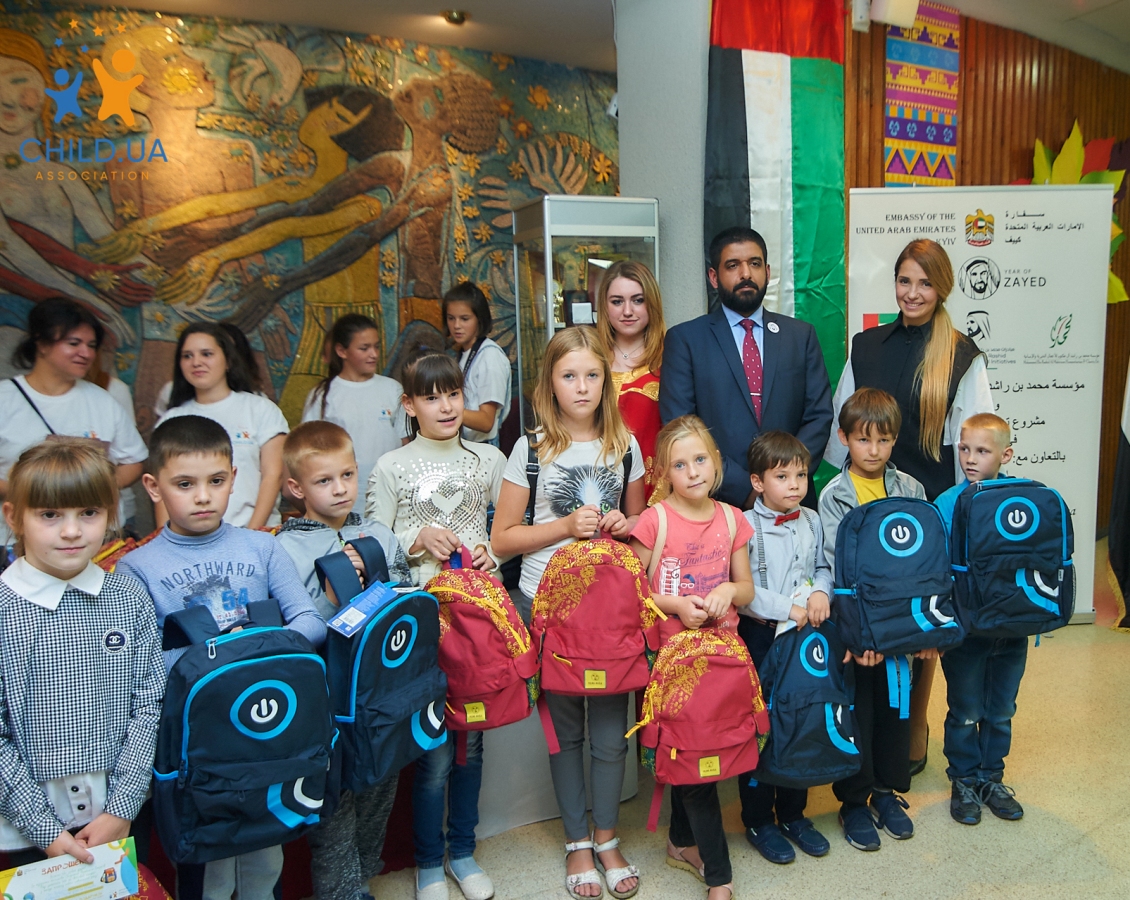 On September 7, a charity project “School bag” for children from socially unprotected categories was held at the Kyiv Palace of Children and Youth. For the sixth year in a row, CHILD.UA has been implementing a project to help provide school supplies for children whose parents, for financial reasons, find it difficult to get a child to school on their own.

This year, in partnership with the Charity Organization of Muhammad bin Rashid Al Maktoum and with the support of the Embassy of the United Arab Emirates in Ukraine, 500 children from low-income and large families received school bags and stationery.

“The School bag project is conducted annually for elementary school children. This year the action has become international thanks to the help of the Embassy of the United Arab Emirates. They responded and fully provided 500 schoolchildren with portfolios”- noted the president of the Association of Child.ua, Eugenia Tymoshenko.

The gala concert on the occasion of the beginning of the new school year gathered almost 1000 spectators. The best teams of the Kyiv Palace of Children and Youth congratulated the children and their parents. At the end of the charity event, each schoolchild, in addition to the festive mood, received a useful gift – a brand-new briefcase with colored pencils, pens, rulers, drawing albums and other stationery. As well as interesting books from the publishing house “Rainbow”.

“As a representative of the UAE Embassy in Ukraine, I would like to wish the children a productive academic year and success in the future. We are pleased that the implementation of this joint project was successful and we hope for further fruitful cooperation”- says the Chargé d’affaires of the United Arab Emirates in Ukraine, Mr. Abdullah Al-Suwaidi.

The Embassy of the United Arab Emirates in Ukraine for more than a year has been directing assistance from the Emirates charitable organizations such as the Charitable Organization of Muhammad bin Rashid Al Maktoum, the Charitable House of Sharjah, the Red Crescent and several others to support low-income families, including more than 20 Shares on handing out a school backpack to children in need of help.

The School bag project was launched by CHILD.UA in 2013. Within the framework of the project, every year hundreds of children from families in difficult life circumstances get school bags and stationery sets for the new school year.