Back
Association CHILD.UA initiated a marathon in support of persons with autism 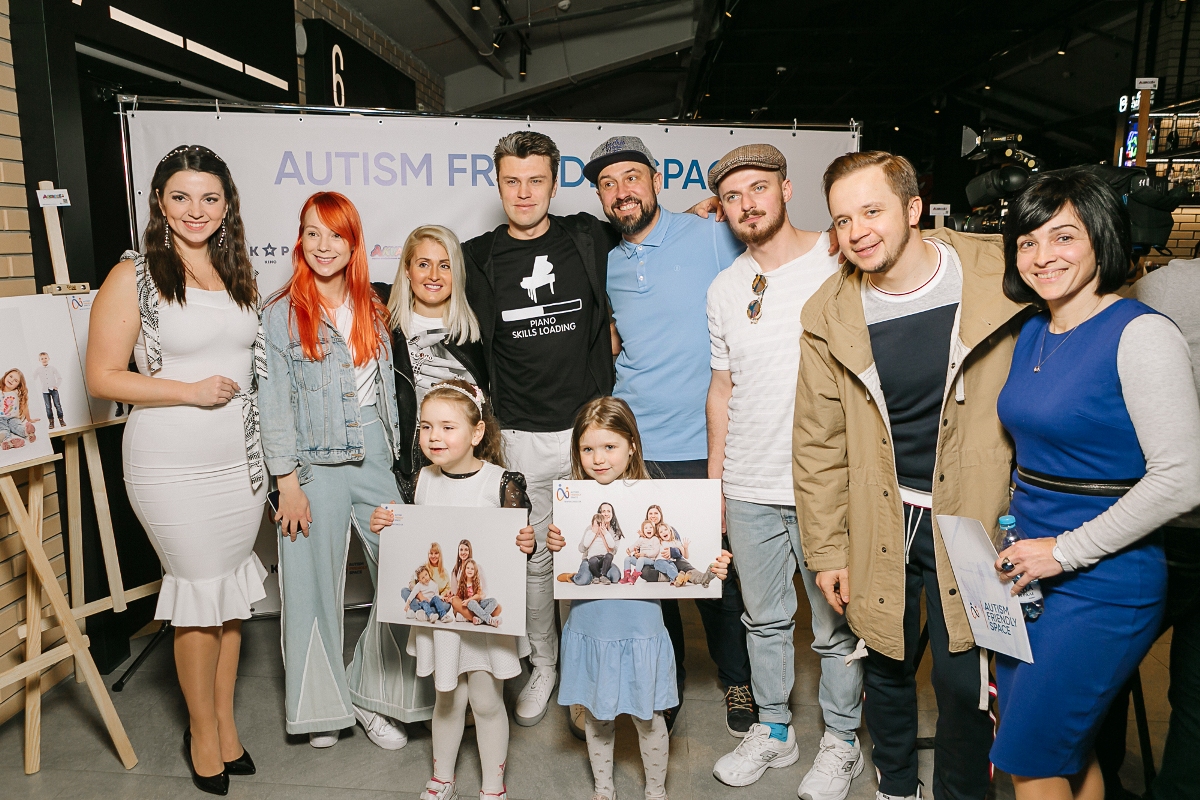 On the World Autism Awareness Day that is observed early on April 2, the Association CHILD.UA, headed by Eugenia Tymoshenko, launched a thematic marathon AUTISM FRIENDLY SPACE (AFS). To change the attitude of society towards persons with autism through creation of the autistic-friendly environments of was the main goal of the marathon.

The first movie with muffled sound and light effects was presented for person with autism at the ‘Oscar’ cinema located in the Smart Place centre. Being extremely sensitive to loud sounds and bright colours person with disabilities had a unique chance to enjoy their time in a public space. Moreover, movies that adapted to the needs of persons with autism will be shown once in a month.

“We plan to change the situation in Ukraine completely. Now we are actively running a large-scale educational and information campaign aimed on awareness among community members. We seek for fruitful cooperation with cinemas, supermarkets, shopping and entertainment centres. We invite employees of abovementioned institutions to undergo our specially designed trainings. After the trainings, participants will deep their knowledge about autism and gain skills to provide overall support to persons with autism. We will keep going creating leisure places with less loudness of sound, less bright light, soundproofing lounges and special film shows” – says Eugenia Tymoshenko, President and Founder of the Association.

A thematic photo exhibition ‘Open your heart for friendship’ was held within the Marathon. Fifty (50) children out of whom 25 are persons with autism took part in the photo shooting. Tatyana Piskareva, famous Ukrainian singer, joined kids at the photo shooting what led to friendly atmosphere at stage. The photo exhibition was firstly presented in SEC ‘Smart Plaza’ and further was moved to the column hall of the Kyiv State City Admistration.

‘Every child has the right to be happy. Kids with autism are ordinary children. I know many children who were diagnosed with autism in childhood, but they managed to socially active. Now these kids are extremely talented artists. How unpleasant, when in a shop a saleswoman says to mother: ‘You have an ill-mannered child, calm him down’, not knowing that this is a child with autism. People should be informed about the characteristics of such children. Now, thanks to the mass media and other means of information sharing, we have the opportunity to inform people about autism’ – says choreographer of the Alla Dukhova’s ballet studio “Todes”, Andris Kapins.

The next event for persons with autism will be a kind of “music therapy” session from composer and pianist Evgeny Khmara. On April 5 at 06:00 PM, in the Column Hall of the KSCA, a charity concert “Healing Music” will be held, accompanied by the Black Tie Quartet.

‘My concerts and music therapy sessions are loved by children with special needs so much. Of course, besides music therapy and other types of rehabilitation, such people, and especially children, need space adapted to their needs and special conditions in order to feel free in society. The AFS Initiative, initiated by CHILD.UA, is a significant contribution to building a culture of tolerance and respect for persons with autism in Ukraine’ – says Evgeny Khmara, musician and member of the Board of Trustees of the CHILD.UA Association.