Back
An unforgettable trip to China in 2018 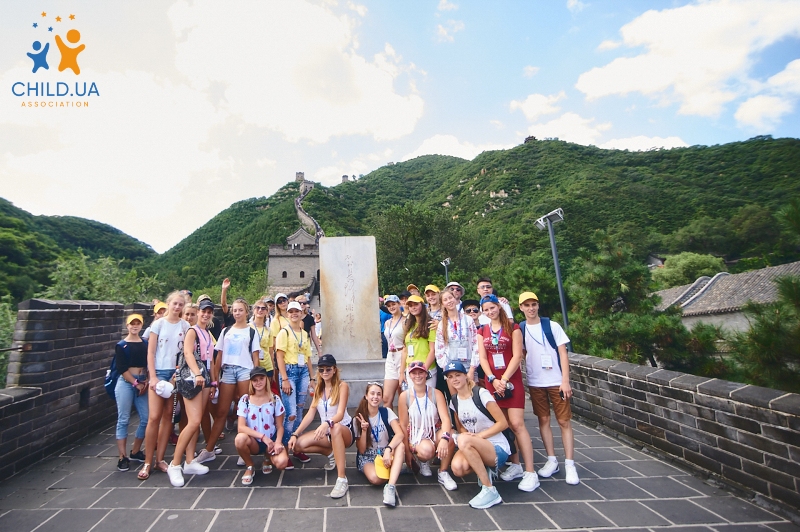 The incredible 10 days in the country were attended by 30 participants of the Galaxy camp, that was held this summer in Koblevo.

China charmed and conquered everyone. We were able to get acquainted with the unique architecture of temple complexes, traditional Chinese dishes, culture and customs of the People’s Republic of China.

VVisited capital – the city of Beijing, which at first sight captivates its contrasts and uniqueness. There we have visited the scientific and technical museum – where various technical inventions were collected. Of course, they “conquered” the Great Wall of China – a symbol of China, which seeks to see millions of tourists every year. Also, the Olympic object, which became one of the symbols of the Chinese capital. It was the opening and closing of the 2008 Olympic Games, and now it is the main sports facility in the country – modern and original in its design.

A special impression on children was made by comfortable high-speed trains, that speeds up to 350 km/h. By this train we got to the next city of Tsi Nan. Visited the Jinan Engineering College (Zhangqiu Campus), where the masters introduced the technique of cutting paper, creating clay drawings on plates, and the art of molding of dumplings. Very exciting and cognitive. All children had the opportunity to create their own drawing and to draw a plate in memory.

The children met and communicated with Chinese children, they showed each other their talents and presented nice gifts.

In addition, we have visited the motherland of great sage of Confucius (Qiyuf city, Shandong province) – the largest and most ancient temple of Confucius on Earth. The nature and temples are truly majestic and give a sense of calm.

Finally, we were able to walk in the extremely beautiful city of Tai-tzu-jiang, which gives an impression both in the daytime and in the evening.

The most valuable thing that everyone brought back is an impression and memories for life, for which we are sincerely grateful to the representatives of the host party, who realized the dream of many children.

On behalf of the Association Child.ua and all children, we express our sincere gratitude to the leadership of the International Chamber of Commerce and Industry of Shandong Province and the Chinese International Union of Cultural Innovations and the Shandong Cultural International Association, and we hope to continue the friendly relations between Ukraine and China.