Back
Autism is a neurodiversity! 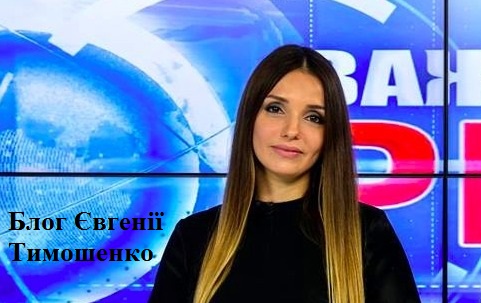 In my blog #4 I would like to give attention to an issue which is not always visible in the Ukrainian society. I am referring to autism. To begin with, it has to be said that in Ukraine, compared to the US (where statistics identify around 1 in 78 American children as on the autism spectrum), the amount of kids with autism, according to the official statistics, is 20 times less. Considering that on the average 1% of children are born with autism spectrum disorder (ASD), in Ukraine the possible number of ASD adult population is about 420 000, including approx. 60 000 autistic children (as of 2015). According to the government statistics, the amount of ASD population in Ukraine is above 3 000 persons. It also could be interpreted as a low level autism awareness amongst parents and doctors. Unfortunately, facing a child’s behavior deviation, parents, teachers, doctors misinterpret it as psychiatric disorder and, consequently, use medical therapy. In most cases autism is misdiagnosed; in other circumstances, parents are unable to get their kid included within the healthcare and education systems in Ukraine. It results in a child’s social exclusion.

I do not claim to be an expert in that area, yet I have been investigating autism issue in Ukraine since October 2015; I came up against gross injustice and indifference on the part of the authorities when it comes to autism problem-solving. Those parents and a narrow group of experts who are able to manage psychophysical autism correction are alone in facing the problem of rehabilitation and inclusion of autistic children. In many cases, provided that correction starts at 2-3years of age, the ASD symptoms can be minimized by the age of 9-10 by which time the child may have a good chance to get a proper education.

Autism is NOT a disease, it is a neurodiversity! Specifically, it is a peculiar cerebral development and functioning of the nervous system, which make it hard for the ASD people to socialize and communicate. They lack social interaction, adhere to strict repeated routine. Due to a peculiar brain development, they might have defects of the vocal apparatus which, in its turn, cause communication problems.

The self-focused and disconnected from reality behavior of autistic kids is often stereotyped as socially dangerous one. But it is not the case. Regretfully, in Ukraine, like many other countries, children with autism are regarded as invalids and dangerous persons. But autism is not contagious. Nevertheless, the families with ASD children (the “rain kids”) have no choice but to keep their kids at home isolating them even more from any communication. But, ironically, it is communication that is the most significant attribute of their adequate rehabilitation and development.

I see these as most important problems of autism to be solved by joint efforts in Ukraine:

1. Lack of systemic correct early diagnostics of autism and other psychophysical disorders within the national healthcare system;

2. Lack of specialist training for teachers who can work to correct the behavior of children with autism and other psychophysical disorders within the national education system;

3. (as a consequence of the mentioned above): Lack of inclusion and socialization of children and adults with ASD and other psychophysical disorders.

This is precisely why the autism issue is an entirely unknown matter to many people. I call you to show tolerance and research this important issue, so we can all understand better those who live together with us. Autism awareness and the basic knowledge on the ASD children development is a formula of success for happy childhood and successful adult life of the “rain kids”.

April 2 is the World Autism Awareness Day. On this very day we are going to organize a “Kyiv in Blue” flash mob on the Sofiїvska Square in Kyiv with the aim to draw attention to the autism issues. The Association “Social Protection” in cooperation with the Football Federation of Ukraine and the charity foundation “Football Development in Ukraine” are going to hold the “Parliament Cup” – first charity football match between the teams of the deputies of the Verkhovna Rada of Ukraine and Ukrainian representatives of media. The event is aimed to raise 200 000 hrv for special equipment of a sensory and Montessori rooms in the “Primavera” Correction Center in Kyiv for ASD children’s development.

I welcome everyone to join us for the support of children with autism!