Back
Opening of the sensory integration room. 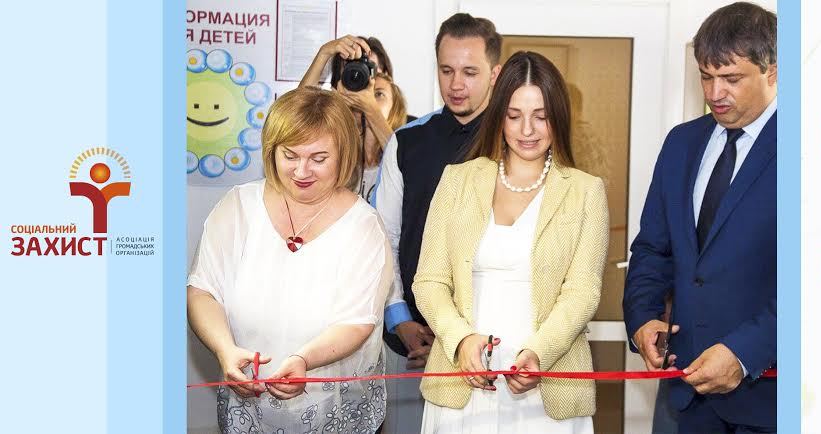 Today, September 6, 2016 held the opening ceremony of the sensory integration room in a correctional centre “Primavera”, Kiev. The ceremony was attended by Yevgenia Tymoshenko the President of the Association of NGOs “Social protection”, Vadim Kostyuchenko – Vice-President of the Football Federation of Ukraine, Serhiy Paleha – Vice Captain of journalists football team, Artem Gagarin – head of the authors team “95 Kvartal” and Grabowska Tamara is the Director of the correctional centre “Primavera” and the representatives of the company Sensoria. All of them were given the right to cut the red tape.

We would like to remind that on the 3rd of April this year at the initiative of the Association of NGOs “Social protection” the First charity football match “Parliamentary Cup” took place between teams of People Deputies of Ukraine and journalists of Ukraine, thanks to which we managed to collect 200 thousand UAH to equip sensory integration room in “Primavera”.

Since then much has been done, and today we held the Grand opening of the room. There are only few rooms like this in Kiev and Ukraine for the special children, but for the first time Ukrainian company “Sensoria” managed to design and produce the necessary specialized equipment.

Yevgenia Tymoshenko said: “I believe that we must help those centres that deal with children with psycho-neurological disorders not only with the equipment but also by training the specialists that work with the kids. As an Association “Social protection” we also call on the state and state agencies, local authorities and, in particular, Ministry of health, Ministry of education of Ukraine to show support for these children, because they are more and more are born every year around the world and in Ukraine and the problem has grown to nation’s proportions.

We are very happy that we have achieved the goal. Grateful to all those who were involved in the fundraiser and who participated in the football match ” Parliamentary Cup”.

Tamara Grabowska said: “Today we celebrate yet another dream that came true thanks to the efforts of good doers. We managed as well to implement a pilot project by supporting the manufacture and purchase of special equipment for the sensory room. Now, professionals who are licensed to practice a special technique by American psychologist, Jean Ayres, will be engaged in the rehabilitation of children with cerebral palsy, autism spectrum disorders, educational problems – dyslexia and dysgraphia, children with attention deficit disorder and hyperactivity, in a word, all those who for various reasons were left outside general preschool and school education and require special efforts to return to society. This path is full of drama, small steps and big wins. In most cases to make the journey parents of special children  are left on their own – without government assistance. The need for such institutions grow from year to year, but many are deterred by the fact that you need to attract large investments in this sector, and have rather vague prospects of their return. The lack of specialists with modern knowledge contributes to the problem.

The touch-sensitive area in rehabilitation facilities with the help of specially designed programs helps such children to compensate for these problems and to make their life among us more possible.”

The main contractor of the pilot project was a young Ukrainian company “Sensoria”, that produced most products with the appropriate material and technical base.

We hope that further systematic correctional work with children, with its holistic approach, and with the help of parents and teachers will continue, and we will achieve even better results in this area.