Back
Oliynyk, Kishe, Osipov and Stupka held masliana of peace festival together with kids 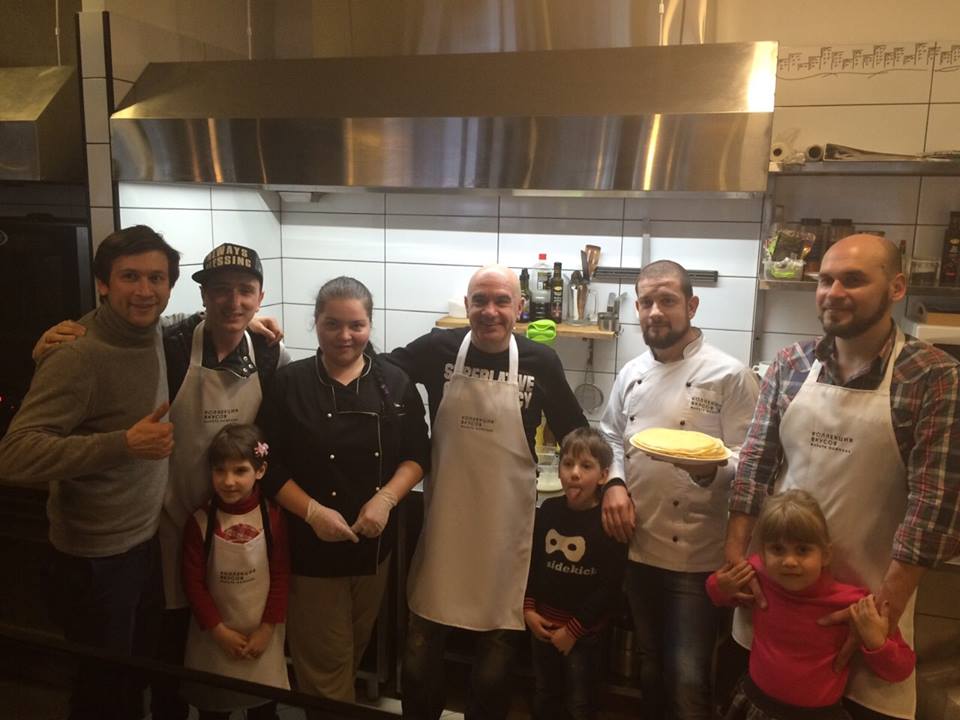 On Forgiveness Sunday, with the support of International NGO Nazustrich Mrii, Ukrainian celebrities held a charity event called Masliana of Peace together with kids.

At the beginning of the event, the kids and star guests drew together a wonderful picture that symbolized world, spring and prosperity.
By the way, the picture has already been put for an auction of the Talent Energy Fest in the Kyiv Fortress. All funds from its sale will be transferred for the needs of the Ukrainian army.

Then, the kids and celebrities were divided into two teams led by Volodymyr Yaroslavskiy and Marat Osypov, each of which was trying to cook as many pancakes as possible. In the end, friendship won! After that, the celebrities entertained the guests of the Masliana of Peace with their handmade pancakes with different tasty fillings.

The end of the Masliana of Peace was very emotional and hearty. Both kids and adults joined their hands and went out to a sports ground where they formed a big circle and released yellow and blue balloons in the sky wishing peace to return to Ukraine. Let there be peace!