Back
Life behind the bars, young people’s hopes and dreams 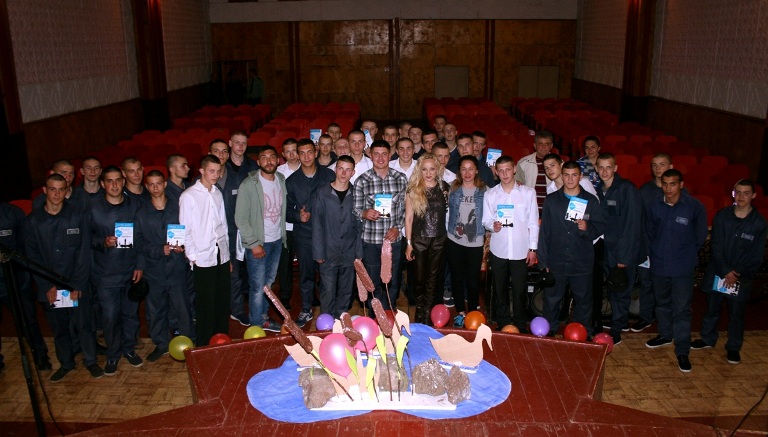 On June 1, 2016, the volunteers of the Association “Social Protection” (IASP), together with the members of the Association “World without Dependence” and the “Live” NGO visited the Pryluky juvenile prison once again. The purpose is to organize regular trips to the prison (not on a one-time basis!) meant to promoting healthy lifestyle, formation of appropriate values and aims in young people’s life. We feel confident about their future, and we can willingly help them.

At a first glance, everything seems to be a school concert. However, the young men in white shirts are sentenced prisoners serving different terms. Singing is being taught in the prison as a school subject. The young men are trained varios practical skills, such as welding, turnery and carpentry. To a prison psychologist, at liberty most teenagers would not have such an opportunity. In most cases the imprisoned young men are from single-parent and difficult families.

Here everyone has his own life history, with most young men serving a sentence for robbery.

For example, in the prison Gosha goes by the nickname “Artist”. He is from quite an ordinary family, but he got in with a bad crowd. He says the guys dared him to do ever risky things. Now he is serving a 4 – year sentence for robbery. “I wanted to be a fireman, but my criminal record would restrict me in getting the job. At liberty I studied at a vocational-technical school to be a painter, plasterer and tiler. I spent there 5 days only and then I was taken in charge”, says Gosha.

And Oleh’s dream, on the contrary, has come true. He wanted to become a welder and he did it. Oleh knows that good welders are worth their weight in gold. His parents were not too concerned about parenting their only son. Oleh was sent to prison after the second car theft.

There are plenty of similar stories. In the prison tutors’ opinion, in most cases you can predict the boys’ future: who is going to be law-abiding citizens and who will be tempted into bad ways. And the tutors do their best to help the young men serve their sentence and not to stay in prison on their full age.

Just to make the drab existence here more colourful, the prison administration initiate football matches to be held, invite sportsmen and actors to the institution. 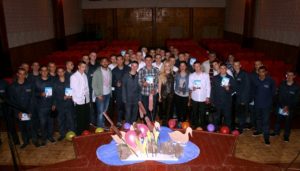 On the Children’s Day the volunteers of the Association “Social Protection” brought sweets, books, arranged a concert with the talented young prisoners.

Psychologists believe: not all teenagers deserve severe punishment. However, the law is the same for everyone. So, during their spare time the young men prefer to forget about being imprisoned and, thus, paint landscapes on a prison fence which are just imaginary so far.

The juvenile prison is intended for for male teenagers aged 14 to 18, but they are still children behind the bars who hope for a better future… That is why we are to support their decision to change their life and set them in the right way.