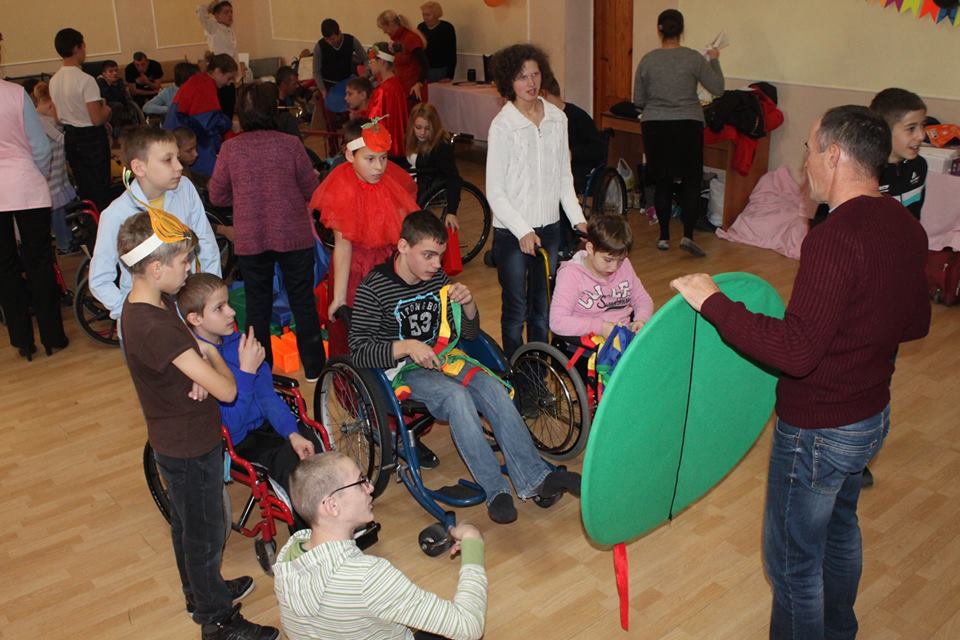 October 31 in Tsiurupynsk (Kherson region) in a boarding school for children with disabilities was the day “Friendship continues“, which was organized by “International charitable Fund “Serve now”. On this day in boarding school came guys from Merefa, Kharkiv region. They brought musical performance “Chipollino“. Children perform themselves songs in the play, they are choir members of private Christian school “Beginning of wisdom“. Also the event was attended by volunteers from Crimea who organized for children‘s activities and entertainment.

Tatiana Shpiunova, Director of charitable Fund “Serve now”  said: “We know children from that orphanage  for a long time. First we met them in Kerch in 2013, when there was a  charitable summer camp of the Hope center. This was our first experience working with special children, and we did it! They had to leave the Peninsula after the annexation of Crimea. This year the Fund “Serve now” organized charity summer camp in the Carpathians, where they invited the pupils from Tsyurupinsk. At the same time, there rested the boys from school “Beginning of wisdom“. Children and adults became friends and agreed to meet in the future. And now the meeting of old friends took place. Get a small holiday home. We are very grateful to her caregivers for their warm welcome and confidence in us. In addition to the performance and games, we brought the children a small treat. I hope that for all this holiday was an enjoyable moment of life.”

According to Tatiana, the charity intends to continue cooperation with the house-boarding school for children with special needs.

Let us note that the Tsyurupynsk children’s home–a boarding school was opened in 1968 for children with consequences of poliomyelitis and cerebral palsy. This is the only orphanage in Ukraine where children live and study and treated children with “extremely complex disabilities.